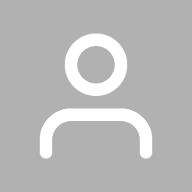 A brief montage of but a few of the hundreds of screenshots of the many times I've had my #freethenipple/#toplessequality content banned on every platform you've heard of and some you haven't, many of the posts already censored yet banned anyway, always for the heinous unforgiveable sin of nonsexual female nipples.

Of course, I've accrued probablya hundred or so -more- banned post screenshots in the year since this montage was put together (: Just what is it about female bodily autonomy that Youtube, Facebook,Instagram, Tumblr, Twitch, etc etc etc forever are so terribly afraid of?

Every Time Topless Topics Has Been Banned

(I still need to organize this page by service, etc. For now it's just a massive dump of screenshots of the ma

www.toplesstopics.org
This entry was edited (3 days ago)