I see this going around again, so here's another shameless #repost

Water has been detected in the most ma

Water has been detected in the most massive galaxy in the early universe, along with carbon monoxide. The galaxy is 12.88 billion light years from here but is seen as it was when the universe was only 780 million years old (about 5% of its current age). "Detection of these two molecules in abundance suggests that the molecular universe was going strong shortly after the elements were forged in early stars."

"Using high-resolution ALMA observations of molecular gas in the pair of galaxies known collectively as SPT0311-58 we detected both water and carbon monoxide molecules in the larger of the two galaxies. Oxygen and carbon, in particular, are first-generation elements, and in the molecular forms of carbon monoxide and water, they are critical to life as we know it." "Water, in particular, is the third most abundant molecule in the universe after molecular hydrogen and carbon monoxide. Previous studies of galaxies in the local and early universe have correlated water emission and the far-infrared emission from dust." "The dust absorbs the ultraviolet radiation from the stars in the galaxy and re-emits it as far-infrared photons. This further excites the water molecules, giving rise to the water emission that scientists are able to observe. In this case, it helped us to detect water emissions in this massive galaxy. This correlation could be used to develop water as a tracer of star formation, which could then be applied to galaxies on a cosmological scale."

ALMA Scientists Detect Signs of Water in a Galaxy Far, Far Away

Scientists using the Atacama Large Millimeter/submillimeter Array (ALMA) have made the most distant detection of water in a regular star-forming galaxy. The Facebook company is now masquerading as Meta. Our company’s goal is to help you forget our controversies, so we are changing our name to reflect our commitment to this future.

This is a rather well-done and yet informative parody. I love it. 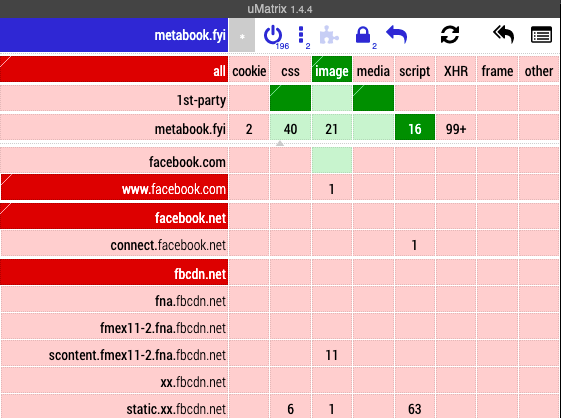 shockingly, I tried to sneak it on to Bookface and it magically got deleted in about a nanosecond. What was I thinking?? I do like this one: "We’re already developing exciting new technologies that will help us watch people as they connect and explore whatever outrages them."

In case you missed it. Google Play may be about to do something unethical to Termux. Suggestion is to back up now, uninstall the Google Play version to stop them uploading a destructive stub, and reinstall from F-Droid.

I can't find anything new going on. What is Google maybe going to do?

It has long been a looming issue that Termux can't work under newer Android SDK versions. Is Play about to bump the minimum SDK version?
This entry was edited (3 months ago)

I've been using Termux installed via F-Droid on my latest least-abysmally-bad-option Android device (Onyx BOOX). Given I can't seem to get Google Play running, and really see no reason I should, I've relied on F-Droid for the few apps that are installed.

Termux remains the One Thing on Android Which Does Not Precisely Suck.

It'd be even better if Android didn't insist on killing off processes / apps randomly. Until there's a truly viable Linux-based e-ink tablet device (and yes, I'm aware of Kobo, Nook, and reMarkable), this remains the best option of which I'm aware.

I could have sworn I saw an "acquire sleep lock" somewhere in Termux once, but Nix on Droid doesn't have it. And maybe it wouldn't prevent killing the app, I don't know.
This entry was edited (3 months ago)

Nix on Droid has it too, I just didn't think to look outside the app screen.